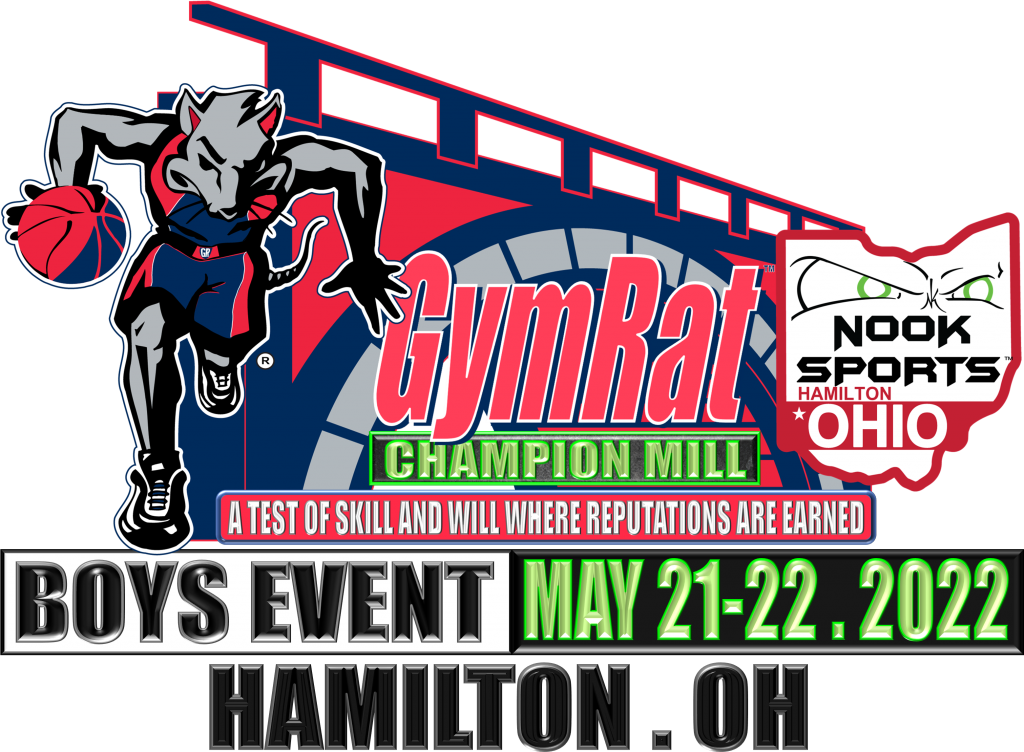 PLEASE BE AWARE AND RESPONIBLE FOR ALL GAMES RULES AND RULES OF CONDUCT.  GymRat CHALLENGE RULES AND POLICIES WILL BE STRICTLY ENFORCED.

THE STATED MISSION OF THE GYMRAT CHALLENGE IS TO ALLOW YOUNG BASKETBALL ATHLETES THE OPPORTUNITY TO COMPETE AT THE HIGHEST LEVEL AND TO SHOWCASE THEIR SKILLS IN PURSUIT OF THE OPPORTUNITY TO PLAY COLLEGIATELY AND BEYOND.  THE OVERWHELMING SUCCESS RATE OF THE GYMRAT CHALLENGE IN THIS MISSION IS WELL-DOCUMENTED. ANYONE CAUSING A DISRUPTION TO THE ATHLETES’ OPPORTUNITIES TO SHOWCASE THEIR SKILLS AND/OR BEHAVING IN A MANNER THAT IS INAPPROPRIATE WILL BE REMOVED FOR ALL EVENT VENUES.

ANY PLAYER, FAN, SPECTATOR, PARENT, AND/OR FAMILY MEMBER EXHIBITING BEHAVIOR THAT IS DEEMED TO BE DISRUPTIVE TO THE EVENT AND/OR THE COMPETITION WILL BE IMMEDIATELY REMOVED FOR THE EVENT AND BANNED FROM ALL COMPETITION VENUES.  THIS ABSOLUTLEY INCLUDES ANY SPECTATOR WHO ENTERS THE PLAYING SURFACE AT ANY POINT OTHER THAN BEING WAIVED ON TO THE COURT BY MEDICAL PERSONNEL TO ADDRESS AN INJURED PLAYER.

THE GymRat CHALLENGE HAS A ZERO TOLERANCE POLICY IN REFERENCE TO FIGHTING AND ACTS OF VIOLENCE.  ANY PLAYER OR TEAM PERSONNEL COMMITTING AN ACT OF VIOLENCE OR RECEIVING A TECHNICAL FOUL FOR FIGHTING WILL BE EJECTED FROM THE GAME, REQUIRED TO SIT OUT THEIR TEAM’S NEXT GAME, AND MAY BE DISQUALIFIED FOR THE REMAINDER OF THE TOURNAMENT AT THE SOLE DISCRETION OF THE EVENT ORGANIZERS. EJECTED PLAYERS/TEAM PERSONNEL WILL BE REQUIRED TO IMMEDIATELY LEAVE THE TOURNAMENT VENUE AND, IF CIRCUMSTANCES WARRANT, WILL BE REMANDED TO LOCAL LAW ENFORCEMENT AUTHORITIES. ANY PLAYER/TEAM PERSONNEL EJECTED UNDER THESE CIRCUMSTANCES WILL BE PERMANENTLY BANNED FROM ALL TOURNAMENT VENUES AND FROM PARTICIPATION IN ANY FUTURE GymRat CHALLENGE EVENTS. FURTHER, AT THE DISCRETION OF THE TOURNAMENT DIRECTORS, A SINGLE ACT OF VIOLENCE COMMITTED BY AN INDIVIDUAL PLAYER OR TEAM PERSONNEL MEMBER MAY RESULT IN IMMEDIATE DISQUALIFICATION AND DISMISSAL OF THE ENTIRE TEAM FROM ANY FURTHER COMPETITION IN THE CURRENT GymRat CHALLENGE AND/OR ANY FUTURE GymRat CHALLENGE EVENTS